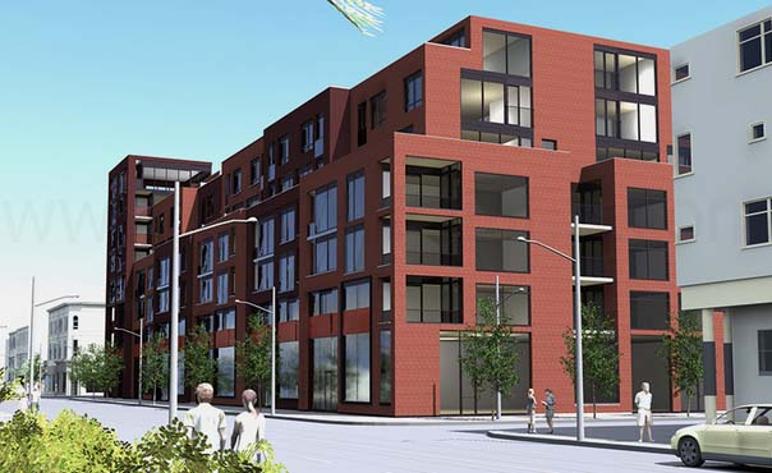 Please Register Below To Receive Brochure, Price List & Floor Plans. By registering below, you consent to your name being added to a mailing list for promotional materials such as receiving GTA-HOMES.COM’s newsletter containing information, updates, promotions and Platinum Access Events on all upcoming projects. We do not share your personal information with third parties. You can withdraw your consent at anytime.

875 Queen St E Condos in the Leslieville Neighbourhood of Toronto

875 Queen Street East Condos is a new boutique mixed-use condominium development by Harhay Developments located in the Leslieville neighbourhood of Toronto, Ontario.  It is a proposed 7 storey building with 118 units that will also house a separate section for the Red Door Shelter.

875 Queen Street East Condominiums is located in Leslieville which has a small village vibe and "has emerged as Toronto's hippest place to dine, drink, shop and live, or so proclaimed a 2005 article in the New York Times that also anointed the neighbourhood as the new Queen Street West".  This community is located close to downtown Toronto and has a peaceful vibe with tree lined streets and quaint stores and cozy homes.  This are is "now more known as one of Toronto's best brunch destinations and features some great cafes, vintage furniture, fashion and design stores".

The 875 Queen St. East Condos is situated close to public accessible transportation and is also located close to Lakeshore Boulevard, the Gardiner Expressway and the Don Valley Parkway so getting around the Greater Toronto Area will be a little less hectic.  As previously stated, there are many shops and restaurants located in the area as well as schools and parks such as Jimmie Simpson Park, John Chang Neighbourhood Park, McClearly Playground, McClearly Park and Morse Street Playground.  The Riverdale Farm is located not too far away.

875 Queen Street East is located a short drive away to some of Toronto's attractions including Ashbridge's Bay Park, Cherry Beach, Woodbine Beach, the Port Lands, the St. Lawrence Market and Centre Island.

Register today for your VIP Platinum Access to the 875 Queen Street East Condos by Harhay Developments!